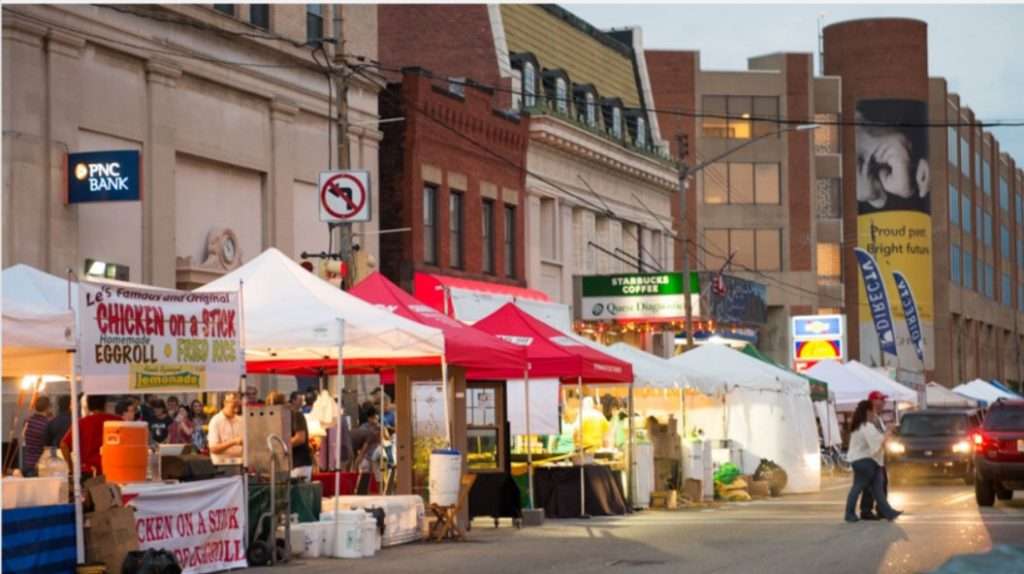 On April 23rd, Little Italy Days event producer, Sal Richetti, began a public meeting about the Little Italy Days festival by expressing his willingness to talk to or meet with anyone at any time. Mr. Richetti, who can be reached at 412.377.2923 or by email at bigdayent@aol.com, discussed planned improvements to garbage removal and entertainment schedules with community leaders before the meeting was opened to the community.

Concerns were raised about both the timing of street closures and garbage from both community leaders and Councilwoman Deb Gross, who was also in attendance.

Mr. Richetti responded that Liberty Avenue is not supposed to be closed on Friday evening at all, however, in 2015 he had to make a last-minute decision to close it due to the safety of the crowd gathered for the event. He underscored his commitment to keeping the street open on the Friday, August 19, during Little Italy Days.

In response to the community’s concerns about garbage, Mr. Richetti has added a second dumpster at Mathilda Street, stating that both dumpsters will be closely monitored to remove garbage before overflow becomes an issue.

In response to some neighbor’s concerns that the event does not benefit the community, Mr. Richetti has created a grant program where community groups may apply for funding for a project. He also hosted the Bloomfield Music Festival in order “to give back to the community.” The Festival took place on Thursday, July 28 from 6:30-8:30pm and featured three local bands in cooperation with Bloomfield music venues.

With approximately 20 people in attendance, the open community portion of the meeting was set up as a mingling event, which meant that concerns shared by residents were not heard by other attendees.

This year’s festival will run Thursday-Sunday, August 18-21, with activities ending one hour earlier this year, at 9pm Thu-Sat and at 6pm on Sunday. The Little Italy Days community outreach team will hold a community meeting concerning the event on Monday, August 8, 6pm at Lot 17’s 2nd floor space. All information covered at the meeting concerning detours, road closures, and entertainment is posted on the event website at littleitalydays.com.